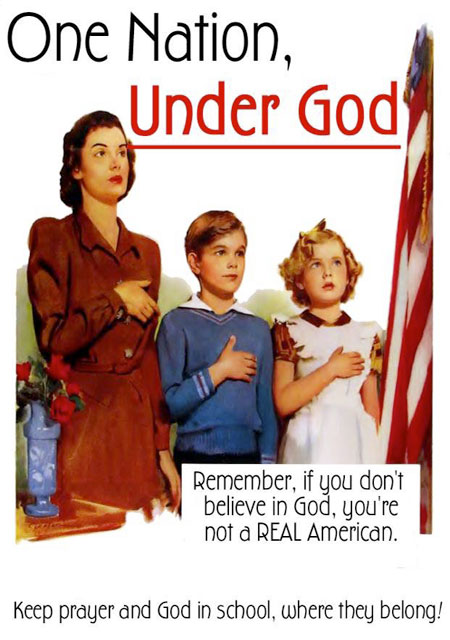 A basic belief for the Christian Right is that America is a “Christian Nation.”  The Pledge of Allegiance, with it’s added phrase “under God,” plays a significant role here because every day most children recite what amounts to a patriotic affirmation incorporating a religious oath, thus encouraging them to see patriotism and theism as essentially linked.  Since most tend to come from at least a general Christian background, the Christian god is the only sort of they’ll have in mind when they say or hear “under God.”
Image by Austin Cline, originally posted at the University of Georgia.
photo source: UnderGod from ReligiousRight